IMPORTANCE OF PERSEVERANCE IN UPSC CSE 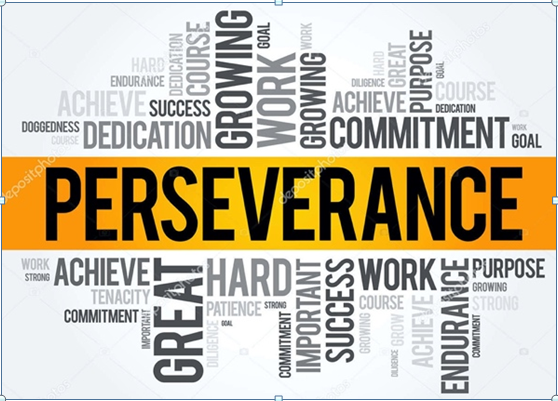 Perseverance means continued effort to do or achieve something despite difficulties, failure, or opposition : the condition of STEADFASTNESS.

An inspiring story of perseverance….

But it was not only the UPSC Civil Services examinations. He attempted a total of 35 examinations but remained unsuccessful. Vijay appeared for various Grade A and Grade B government exams. The list included UP PCS, Haryana PCS, Punjab PCS, SSC CGL, LIC, NABARD, ISRO, Haryana Excise Inspector, RRB NTPC, RBI Grade B. In most of these exams he cleared the prelims but was unable to crack the main exam or interview. 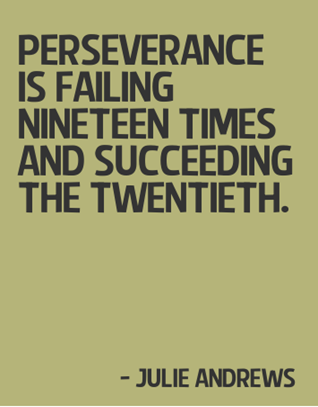 The list of failures may crack any person and force them to give up on their dreams. But Vijay epitomised the adage – what does not break you, makes you stronger. His dream in site, Vijay continued to strife for his dreams and his perseverance paid off.

Story of mother and baby giraffe…

What should be done by a civil servant?

• Believe in self: try, try and try again until you succeed
• Identify reasons for failure: no one is perfect. focus on both strengths and weaknesses (most aspirants just focus on their strengths). Do a meticulous analysis of test series results and work on the weaknesses.
• Be in a positive environment
• Be patient: time heals all difficulties and hope is a great balm, Work hard for a better tomorrow
• Introspect
• Never give up: nothing is impossible, problems are part of the journey which are going to be resolved ultimately
• Acknowledge your success
• Follow simple/ uncomplicated approach: Jump onto the IAS bandwagon with a proper strategy for the subjects. 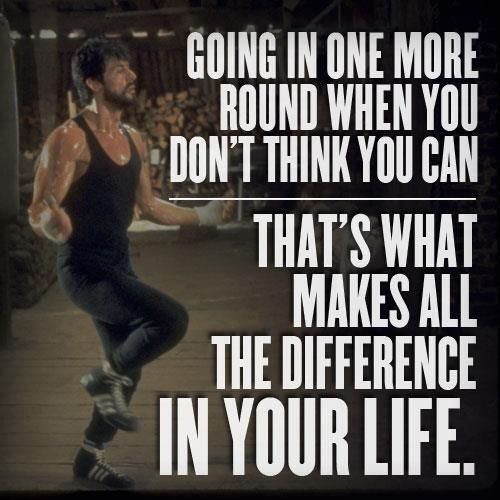 • Do not lose the ‘BALANCE’: remain consistent. It is not like do hard work for 6 months and then nothing. Maintain a balance in almost all spheres of life-neither eat too much nor exercise too much. Maintain balance between static and dynamic portions of the syllabus. They just take a break of few days and start preparing for mains/interview again.
• Do not believe in rumours: do not allow things to demotivate and distract you. Focus solely on the preparation and nothing else.
• Read from limited sources and revise the limited set of books, notes that have been prepared at least 3-5 times. DO NOT ALLOW YOURSELF TO BE LOST IN ONLINE OCEANS…
• Do not procrastinate: Many aspirants plan thoroughly and set monthly, weekly and daily goals. But, due to procrastination are unable to complete them. It leads to piling up of topics to be covered. It leads to stress and skipping of topics and ultimately giving up.
• Do not allow fear of failure stifles you into inaction. Successful candidates do not allow fear to hamper their preparation.
• Attitude: Cracking the UPSC civil services is not for the faint-hearted or languid ones.Stay motivated and stay hungry.
• Cover the basics first, then go to intermediate level, and only once intermediate is cemented in the grey matter, go to advance stuff.
• Do not ignore the body: continuously do exercise, maintain yourself physically emotionally and mentally, pursue your hobbies/passion.
• Remember the harder you work, the luckier you will get.

Finally, embrace the hard reality-that in this exam there are only 2 possibilities-one will either SUCCEED or will either fail. Before undertaking this journey one should be ready to face any unpredictable circumstance/hardship/risk. To put it simply, ONE SHOULD BE READY TO EMBRACE FAILURES. Tough times, failures, hardships are inevitable. No matter how strong or powerful or confident one is, tough times will come: viciously forcing their might and causing one to crumble.

NEVER GIVE UP… LEARN FROM FAILURES AND TRY TO CONTINUOUSLY IMPROVE … PERSEVERANCE AND SMART WORK SHOULD BE YOUR TRAITS….Be prepared to work really hard for 1.5 to 4 years. ..2/3rd of your life is now in a committed relationship ..avoid giving any mind share to a new activity… ALWAYS KEEP THE SAME INTENSITY…